The Eaton Collection > Market and Events

The leading UK fair returns with an array of works from over 80 dealers, and includes some outstanding examples of fine jewellery. 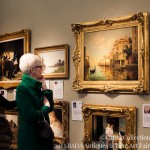 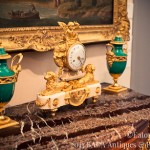 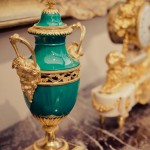 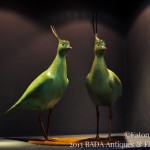 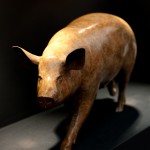 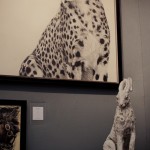 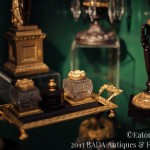 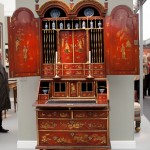 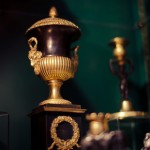 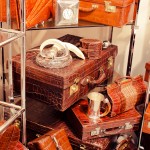 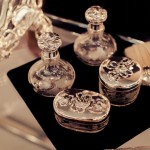 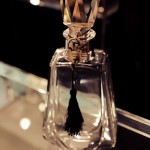 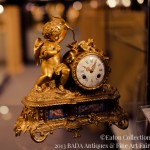 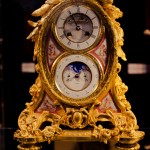 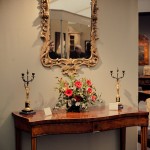 Duke of York Square, just off the King’s Road in Chelsea, plays host to the 21st edition of the BADA Antiques & Fine Art Fair, one of the leading UK fairs on the international calendar. The pavilion opens to the public for one week from 13 to 19 March, and sees over 80 members of the esteemed British Antique Dealers’ Association offer an array of exhibits from antiquity to the present day.

The wealth of British Old Masters on display are complemented with a loan exhibition of works by the English landscapist and influential watercolourist, William Payne (1760–1830). ‘Topographer and Artist of the Picturesque’ presents rarely seen paintings loaned from four private collections, and is curated by the exhibitor and specialist, John Spink. Payne’s scenes of Devon, Cornwall and South Wales are hung alongside recent photographs of the same views, revealing Payne’s choices as a painter, and both how little and how much the landscape has changed over two centuries.

At Rountree Fine Art, several notable works by English painters are also on offer, including Study of Elder Bloom, an oil sketch of a rural scene by Alfred Munnings (1878–1959). Thomas Mitchell’s (1735–90) marine oil The Forcing of the Hudson River Passage, October 9th, 1776 celebrates a decisive British naval victory in the American War of Independence. There are several known versions of the composition, including one in the National Maritime Museum in Greenwich, London. Mitchell’s painting is based on a work by Dominic Serres (1722–93) who, though French by birth, was strongly associated with the English school.

Portraits from the English school also feature prominently. Thomas Coulborn & Sons unveils the opulent Portrait of a Derbyshire Lady (c. 1760) by Joseph Wright of Derby (1734–97). Another highlight – and the surprise of the fair – is sure to be the delicate Restoration portrait Miss Ada Gosset (c. 1673) by the court painter Peter Lely (1618–80), on the stand of Jonathan Cooper. Mr Cooper, who usually specialises in contemporary work, rediscovered the piece abroad, catalogued under the 18th-century British school. Diana Dethloff and Catharine Macleod of the National Portrait Gallery in London have since authenticated this remarkable find.

A touch of glamour also runs through this year’s event. Gray Modern & Contemporary Art presents a series of seven ink and water-colour drawings by Jean Facon-Marrec (1903–94), illustrating Christian Dior’s pioneering ‘New Look’ from his 1948 couture collections. Elsewhere, Hollywood comes to Chelsea in the form of several pieces linked to the silver screen’s golden age. Jonathan Cooper offers a striking portrait by Jane Freeman (1871–1963), painted around 1930. Its subject is Sylvia Sidney, who featured in numerous crime-dramas during the Great Depression, alongside the likes of Spencer Tracy and Cary Grant. Also on sale is an aquamarine and pearl suite offered by Sandra Cronan . This exquisite parure was designed by William Ruser (1908–94), one of the most sought-after jewellers in Hollywood in the last century. It was originally made for Tamara Toumanova, a Russian émigré ballerina known as the ‘black pearl’, who went on to dance alongside Gene Kelly in the 1956 film Invitation to the Dance.

Aside from the glitz and glamour, traditional antiques continue to fill the stands at the BADA pavilion. Godson & Coles brings a choice selection of Regency period furniture, including a pair of carved bronzed and gilt window seats (c. 1810), as well as a black japanned sofa table (c. 1820). The latter is richly ornamented with an Oriental landscape derived from an engraving by William Alexander (1767–1816), the official draughtsman on the first British embassy to China at the end of the 18th century.

Other highlights from around the stands include Witney Antiques’ 17th-century English mirror in a raised-work embroidery frame, and four ‘Hans Sloane’ plates offered by W. W. Warner Antiques. The designs take their name from the eminent scientist and founder of the British Museum, who also lent his name to Sloane Square. The plates were produced at the Chelsea porcelain factory around 1755, and each is painted with botanical designs.

Clive Loveless presents a fascinating display of tribal artefacts, such as this early 20th-century ceremonial shield made by the Kerewe or Kara people from Tanzania. Elsewhere, Sylvia Powell showcases seven ceramic pieces by Pablo Picasso (1881–1973), including this vase of a female head crowned with flowers. It is marked with the stamp of the Madoura workshop and is numbered 68 in a series of 100, produced by Picasso in Vallauris in 1954.

Peter Crack is a freelance arts writer based in London.BADA Antiques & Fine Art Fair is at Duke of York Square, London, from 13–19 March (www.bada-antiques-fair.co.uk).